They say a photo isn’t a photo until it’s printed.

It sounds corny, but your pictures are your memories, your creativity and a way of telling your story.  That’s why when you print pictures, either for yourself or for others the print quality needs to reflect that same passion and high quality. Choose your photo printing service wisely.

Just as a good coffee is just as much about the barista as the beans, the same applies to digital photo prints.  You’ve been thinking that when you get your prints back and they aren’t like the picture that it’s your fault as the photographer.  Well, we can tell you that, quite often, it’s not.  Here are the things to look out for so you know that there is a better-quality place to print photos and it’s here with Kent Street Studio.

We got some photos from the staff and have done a (100% honest) comparison so we can show you the difference.  We went to two major stores where you can print pictures online, we’ll call them Printer 1 and Printer 2. Note: everyone received exactly the same picture file to print off photos.

This is more than just a competitor comparison to get you to choose Kent Street Studio, it’s a great resource to help you understand what to look for in your prints, and to set your expectations to where they ought to be. 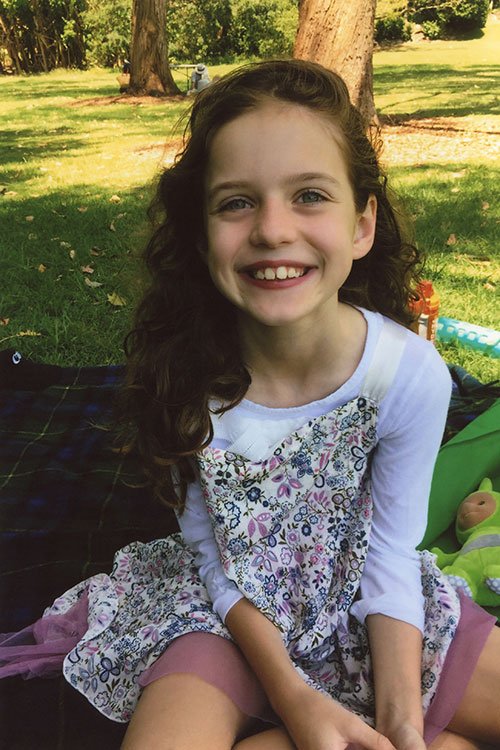 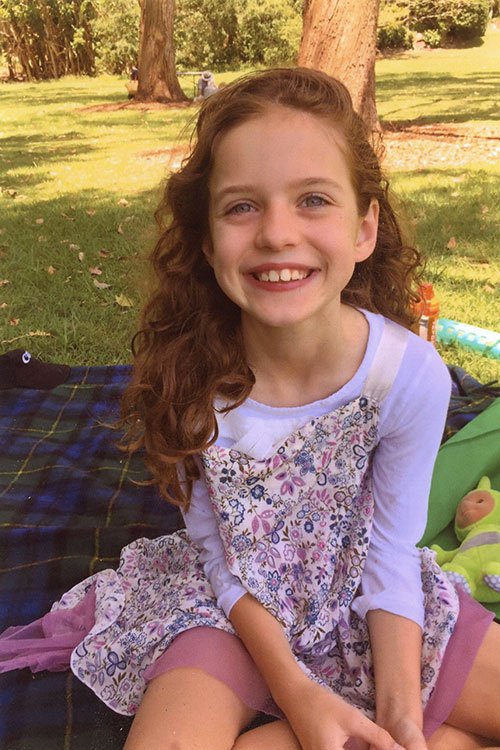 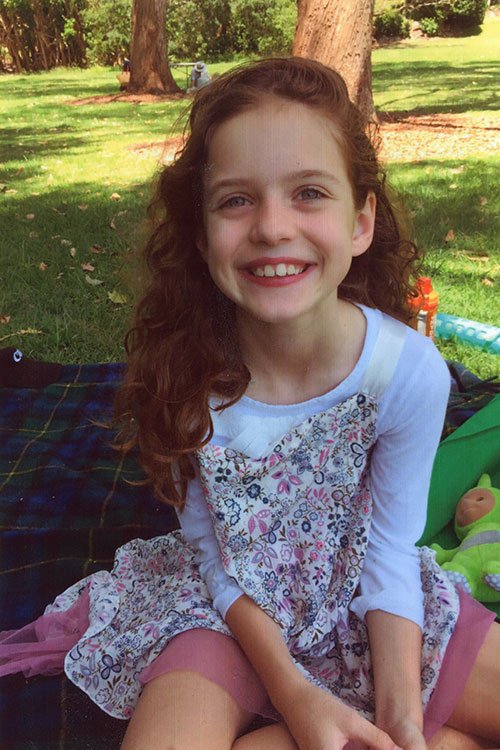 You need to adjust the print to make sure the dominant colour doesn’t reflect in the skin tones. Printer 1 and 2 both have a green tinge to the skin tone. While 1 has desaturated the grass so is washed out, whilst 2 has done the reverse leading to a fake look.  On the right Kent Street Studio have reproduced little Mia true to life.

Looking at Ben in the blue shirt, the two prints on the left have a blue cast from the blue shirt.  This means that in the development the printer hasn’t worked to get the right skin tones. 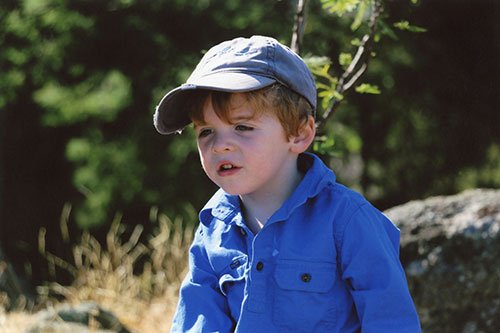 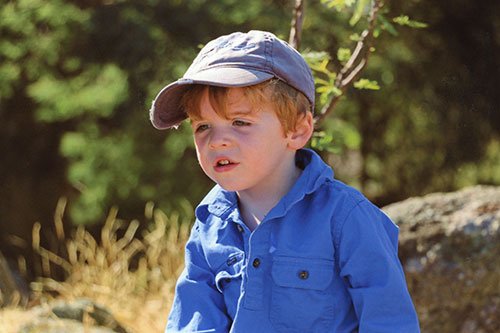 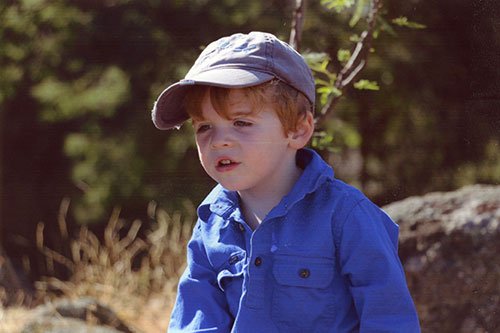 A bit trickier to pick the difference here as Ruby the dog is reproduced well across all three.  But the giveaway is the grass.  Washed out on Printer 1 and oversaturated making looking like it’s been painted in Printer 2. 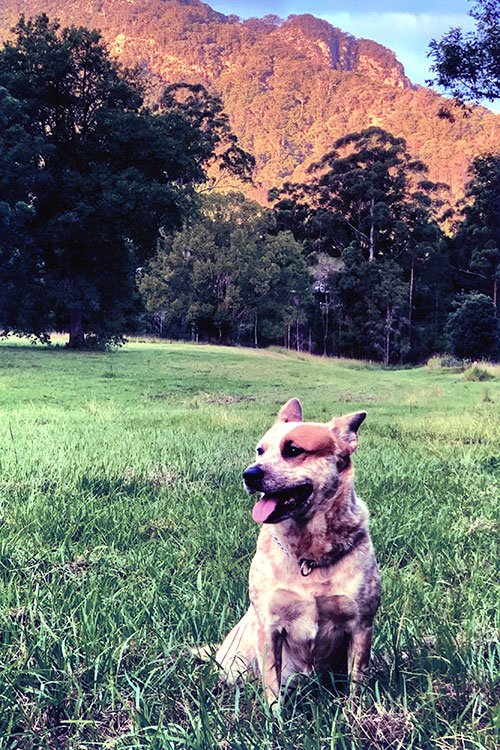 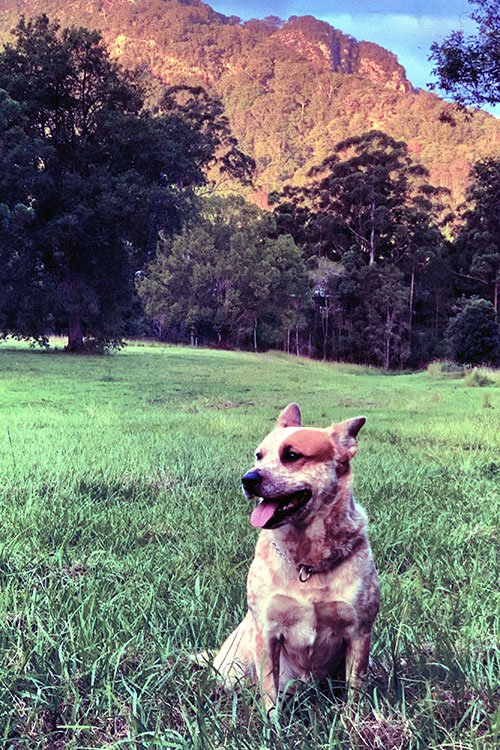 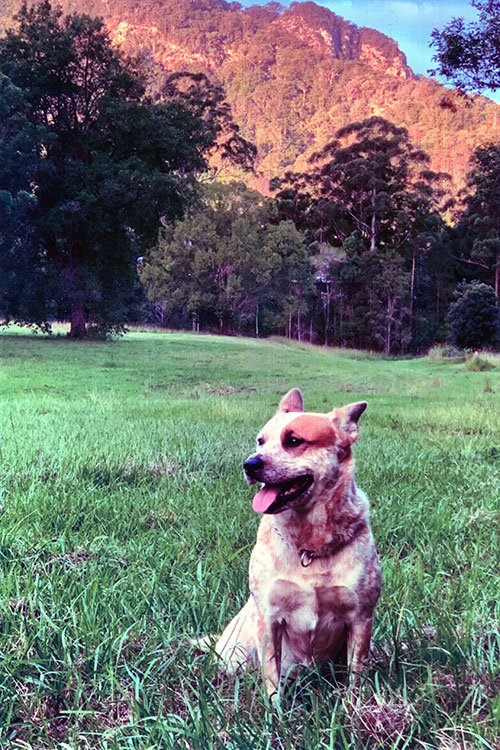 Who doesn’t love a great cat photo? Well little Fleur here has come out looking quite different in all three of these images. In the first, again we have an overexposed driven desaturation (washed out, lack of colour) on the left.  Thus, we’ve lost a lot of the detail in our furry friend. Again, the reverse for Printer 2 with some of the detail filling in due to underexposure. Kent Street Studio on the right has far more detail through the mat and the cat (Dr Suess eat your heart out) making this a photo you can look at for hours and see new detail every time. 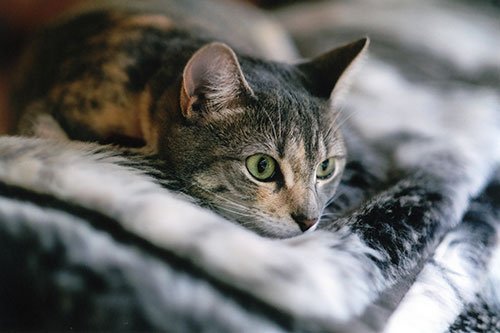 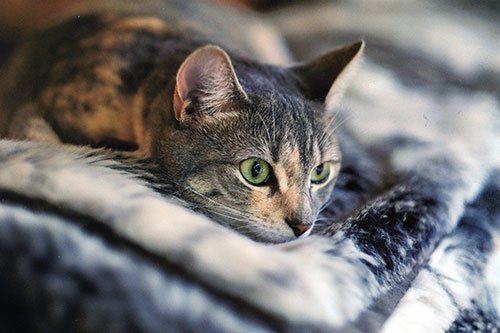 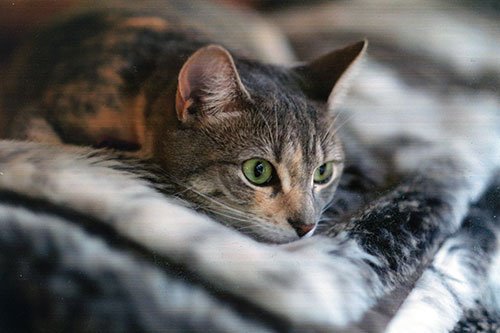 Surely black is easy to print?  But depending on the stock, ink, and the other elements in the photo it can go wrong.

The one from Printer 1 of the left has a brownish, lightened off black. Probably due to the brightness of the moon, but this loses the effect of the intent to show contrast in the photo.

The next two are pretty close, except that Printer 2 has an orange-brown tinge across the moon.  Probably due to the black being laid down and bleeding into the gap in the clouds due to poor stock quality.  Kent Street Studios has achieved the right balance of black with the brightness of the moon, showing the photo as it was intended. 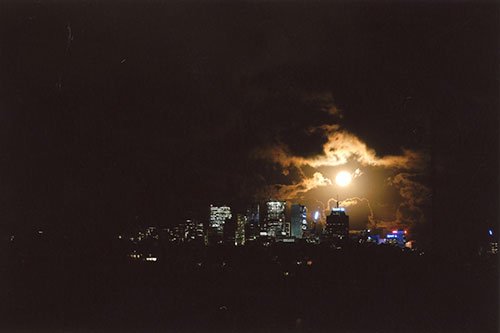 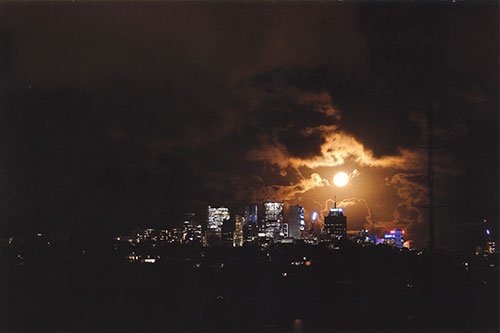 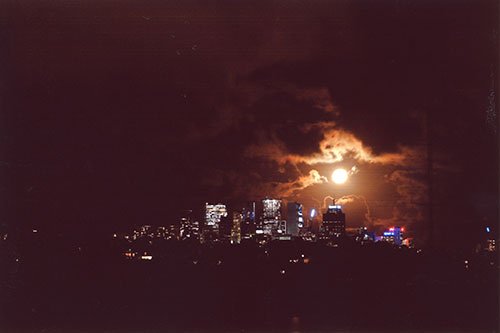 Now for the Steer, the Jacaranda and the grass… The middle image is very oversaturated making the colours heavy and fake looking.  Left and right are a bit closer, however the overexposure in the printing has washed out the Jacaranda on the left with Printer 1.  Kent Street Studio has produced a balance of the detail in the black of the steer, alongside a natural vibrancy in the grass and Jacaranda. 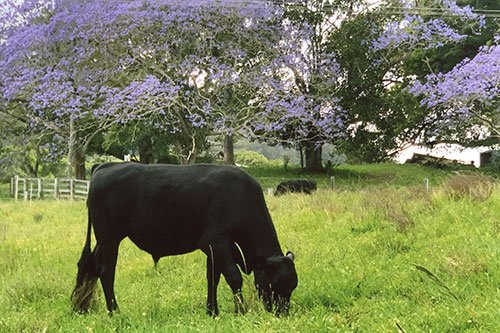 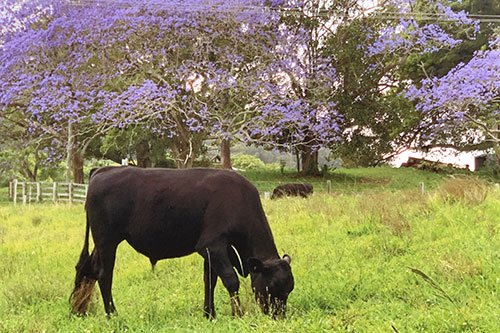 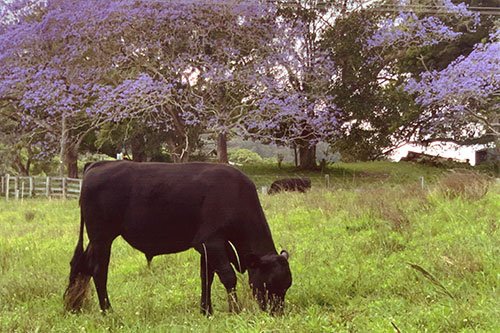 Right, through all these photo’s we can see that Printer 1 has set their machine to +1 in exposure.  In a tragic tale of set and forget this has led to a consistent washing out of colour and detail throughout their prints. And this is an epic example of that fail.

The other two are actually pretty close. The main difference is that the middle one is cut extremely poorly.  It’s bigger on the right vs the left. 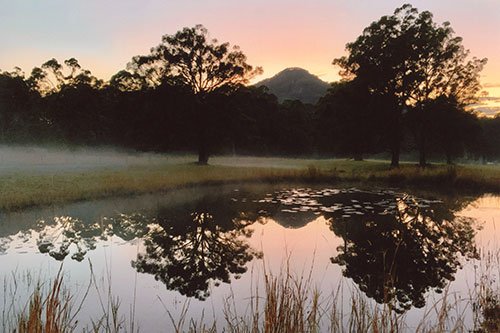 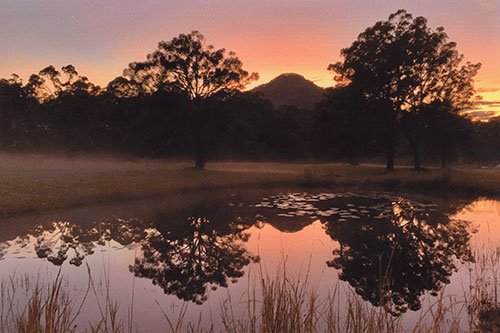 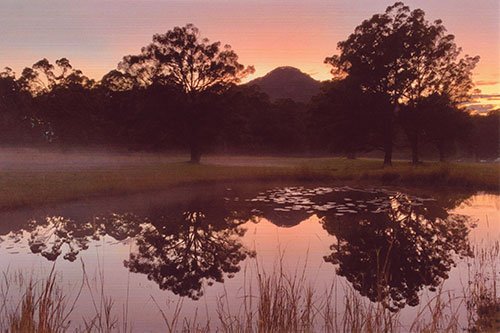 Now let’s have a look at Black & White, just as was the case with the night sky above, black isn’t always easy and requires care.  We have Fleur the cat back in all her furry glory.

The Kent Street Studio print on the right has a true black & white output.  Printer 1 on the left has a blue through the white. In the middle is has a sepia look and has come out a bit soft, losing some of the sharp detail. 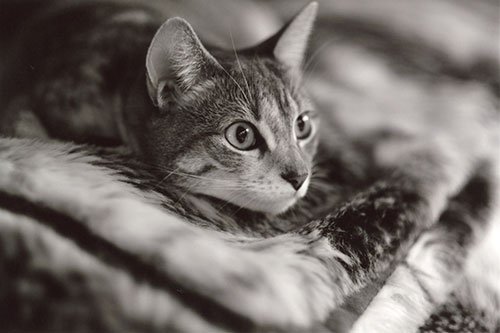 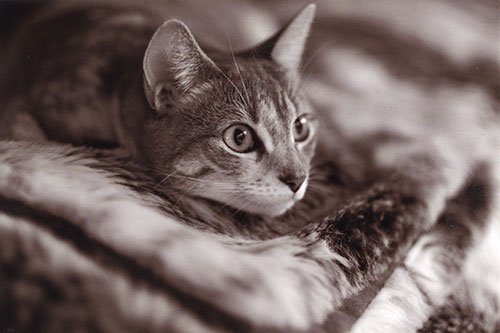 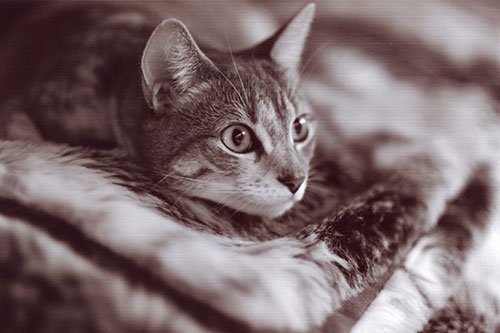 So what are the things you should expect from your prints?

We really hope this has helped, and we truly believe your images deserve the same love in printing them that you took into printing them.  Let us show you the difference and order your prints online with us.